The Melbourne United Ballers at last had a crowd in the 6000’s which will no doubt make the front office of the team happy after crowd totals in previous games hung around the 5000 mark which is lower than the Tigers average at Hisense Arena during the 2013/14 season.

The Melbourne United Ballers next game is against the Sydney Kings in Sydney which will no doubt be a game of interest with Josh Childress sure to be playing this time, it is expected that Childress will give Sydney a good chance of the Kings avenging their loss to the United Ballers last week. 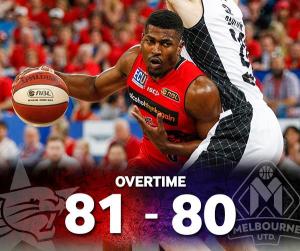